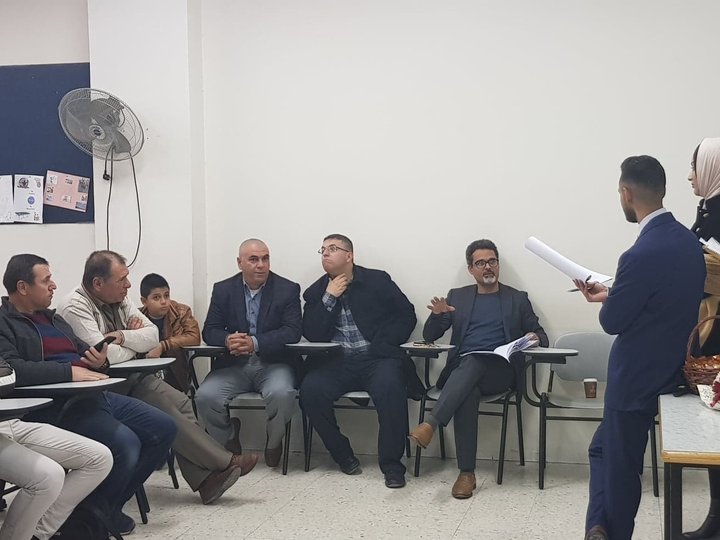 Near the end of every semester, the Department of English Language and Literature at An- Najah National University schedules and organizes for graduation project defense sessions. On  12th of December 2019, all prospective graduates stood before the examining committees and presented their projects that they had been working on during the semester. Under the umbrella of the three main fields of research the Department offers, students’ projects tackled varied topics in areas of Linguistics, Literature and Translation. Below are a list of the of the titles of the graduation projects along with the names of the presenters.

1. " End of Life Metaphor in the Palestinian Context: An Investigation into the Language of Health Professionals"

2. entitled "Challenges in translating American series: The Passage (2019) as a case study". 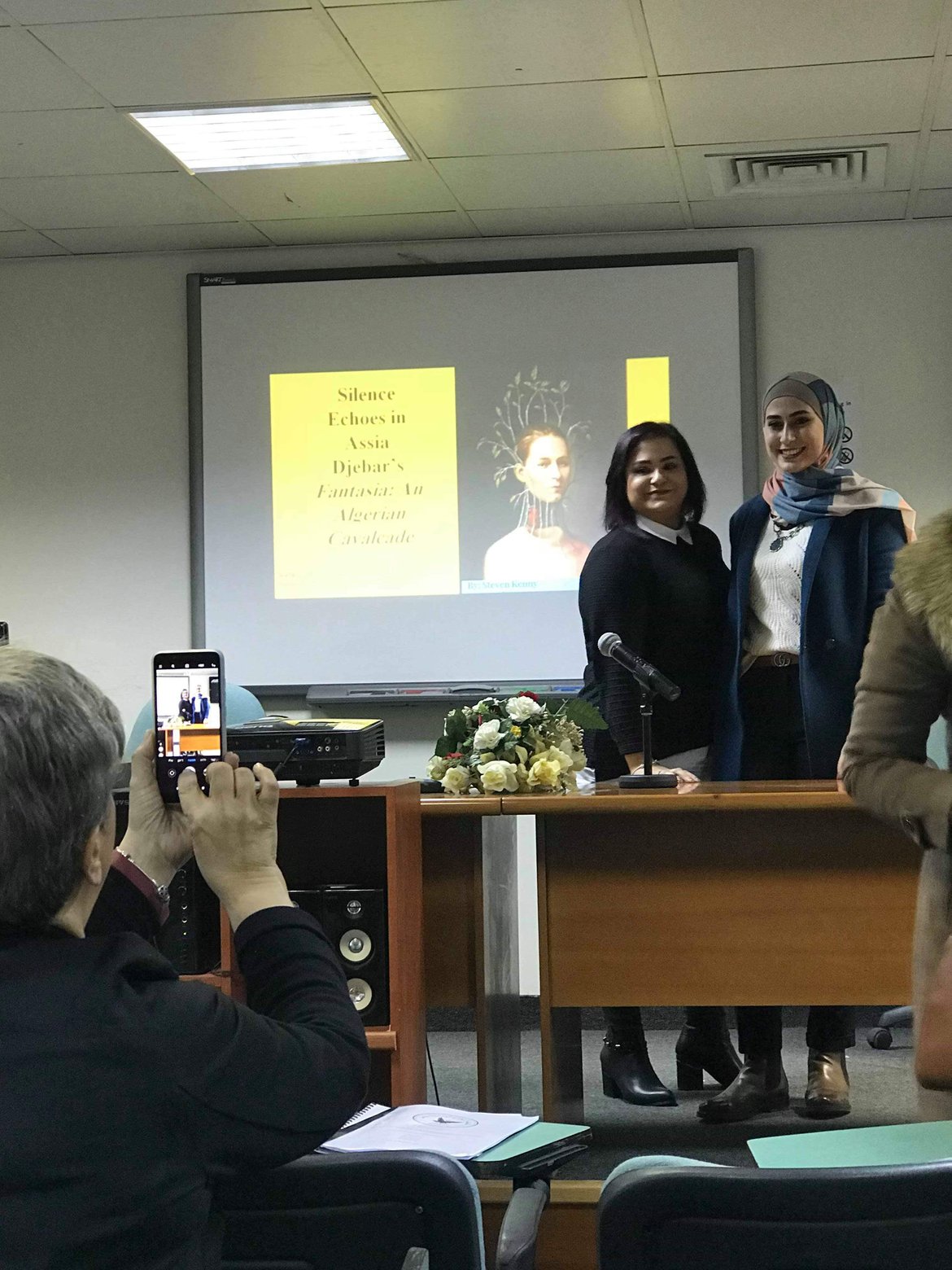 By: Shahd Sawalmah and Mariana Sobeh;

5. " Major Challenges in Translating Palestinian Folktales from Arabic into English: Excerpt from Qul Ya Tayr"

By:  Shatha Odeh and Aseel Alawneh

6. " Reflection on translation of Ayam el Derase:  Humor and Subtitling"

7. "The Influence of Rodwell's Ideology on his Translation of The Holy Qura'n: A Critical Study".

By:  Sarah Mehdawi and Amal Daraghmeh

8. " Exploring the Psychological Link between the two main characters in Season of Migration to the North"

9. “An Analytical Reading of Hamas' Ideology in Its Charter of 1988 and Its Document of 2017 from the Perspective of Thematic Progression Patterns".

10. " Translating Idiomatic Expressions from English into Arabic: A Cultural and Linguistic Perspective"

This study aimed at easing the matter for foreign learners of English to understand the idioms used in aparticular situation in a particular culture.

11. " Feminism in Desdemona in the Shadow of the Willow".

13. Rita and the Gun'' and Shakespeare's Romeo and Juliet The Politics and Poetics of Proper Name in Darwihs's '' ".

By: Waseem Badran and DanyaSuboh

Graduation-project supervision and defense are rather a very organized process that is  conducted through well-defined steps. The Head of the English Department Dr. Abu Arrah, set five groups of supervisors based on field of research in which they were specialized. The, prospective graduates would  choose their supervisors  based on their research interest. Under the supervision of the competent and well rounded teaching staff, students were encouraged to choose the topics that they were keen on exploring and researching. Their work was closely monitored and guided all the way long until the final submission to the defense committees.

Eventually, defense sessions were scheduled and students proudly defended their work before the examiners.

Students’ achievements speak volumes to  the persistent laudable efforts the English Department invests in cultivating creativity to bring to the world real achievers.

Your browser is out-of-date!